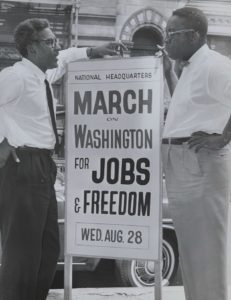 He was born in West Chester, Pennsylvania on March 17, 1912 and was raised by grandparents who were pacifists. He attended historically black Wilberforce University in Ohio, and Cheyney University in Pennsylvania before moving to New York City in 1937 and enrolling in City College of New York. Rustin had a great singing voice, and while in school, supported himself singing with African American folk artists in clubs in the city. 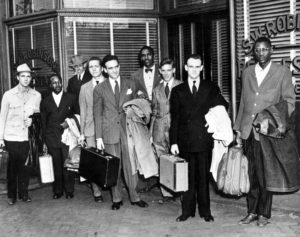