On April 12, 1864 Confederate troops, commanded by General Bedford Forrest, attacked Fort Pillow, Tennessee. Union troops holding the fort were outnumbered and no match for the 1500-2500 Confederate soldiers attacking them.

Although there was not an official surrender it was pretty obvious that the Union soldiers were defeated and had given up. Many threw down their arms and rushed to the nearby river to get away. 300 Union troops, most of whom were black, were killed unnecessarily and many of the black soldiers were shot in the head at point-blank range.

A surviving white soldier described the battle this way:

From where I fell wounded, I could plainly see this firing and note the bullets striking the water around the black heads of the soldiers, until suddenly the muddy current became red and I saw another life sacrificed in the cause of the Union. Here I noticed one soldier in the river, but in some way clinging to the bank. Two confederate soldiers pulled him out. He seemed to be wounded and crawled on his hands and knees. Finely one of the confederate soldiers placed his revolver to the head of the colored soldier and killed him. (Source: Gilder Lehrman Institute of American History

I saw one of the rebels and told him I would surrender. He said, “We do not shoot white men.”  … He ordered me away; he kept on shooting the negroes (Source: US Capitol)

In May 1864 the Congressional Joint Committee on the Conduct of War conducted an investigation. The committee concluded that Confederate soldiers killed most of the Union soldiers after they had surrendered.

Soldiers serving under Forrest did not accept the conclusion and maintained their claim that Union soldiers kept their weapons and fired back at the Confederate army while fleeing.

The controversy surrounding the battle at Fort Pillow continues today. Historians agree a massacre did occur, but differ in their conclusions over whether the killings were premeditated or occurred in the heat of battle.

Note: Nathan Bedford Forrest was a planter and made a fortune dealing in cotton, land and slaves. After the war he was associated with the Ku Klux Klan and was allegedly its first Grand Wizard. Forrest denied that allegation during Congressional testimony in 1871.

In May 1961, a group of Black and white men and women left Washington, DC on two public buses. The group was traveling to states in the south to test the United States Supreme Court decision that “segregation in interstate bus and rail stations was unconstitutional.”

The bus trip was organized by the Congress of Racial Equality (CORE). The trip was the beginning of what became known as the Freedom Rides.

While traveling through the northern part of the south the Freedom Riders did not have any problems. However, things changed when they reached what is considered the deep south.

In Anniston, Alabama one of the buses was met by a mob of angry white people. The mob threw rocks at the bus and slashed the tires. The driver was able to drive away but when he stopped to change tires the bus was firebombed.

Riders on the second bus were approached by an angry crowd of white people in Birmingham, Alabama. Many of the Freedom Riders were beaten and some pretty badly.

Even though there was violence the Freedom Riders got a lot of support. Others joined the group and the Freedom Rides continued through the summer. More than 300 Riders were arrested and spent much of the summer in jails in the south.

The Freedom Riders never made it to New Orleans, which was their original goal. In the end that didn’t matter because the Rides became known and talked about around the country. They even got the attention of the White House and President Kennedy. Because of all the attention, the Freedom Riders could not be ignored. They forced President Kennedy to deal what what the Riders were trying to accomplish and talk about civil rights in the country.

The Freedom Rides also led to a an important ruling by the Interstate Commerce Commission. The commission made segregation in interstate bus travel illegal. The ruling was a win for the Freedom Riders and Black Americans. 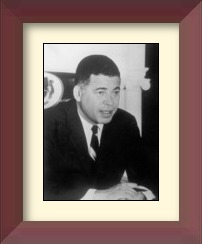 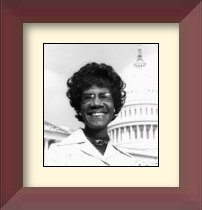 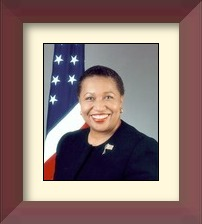 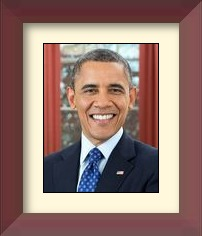