May
This Month in Black History 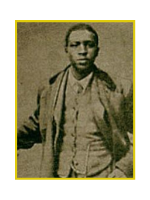 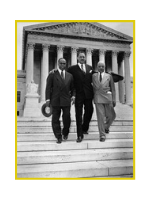 May 1954
On May 17, 1954 the United States Supreme Court decided the case of Brown v Board of Education of Topeka.

In this landmark case the court ruled: “Segregation of white and Negro children in public schools of a State solely on the basis of race, pursuant to state laws permitting or requiring such segregation denies to Negro children the equal protection of laws guaranteed by the 14th Amendment.”

Brown v Board of Education of Topeka was the consolidation of five cases from five states that challenged the constitutionality of racial segregation in public schools.

Thurgood Marshall was the lead attorney on the case. 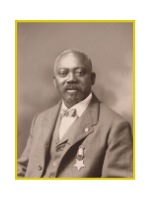 May 1900
William H. Carney was awarded the Congressional Medal of Honor for bravery during the Civil War. 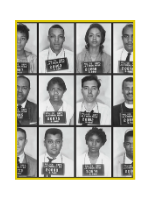 May 1961
On May 4, 1961 seven blacks and six whites left Washington, DC on two public buses and headed south to test the US Supreme Court ruling that “segregation in interstate bus and rail stations was unconstitutional.”

The bus trips organized by the Congress of Racial Equality (CORE), became known as the Freedom Rides.

The Freedom Riders met little resistance in the upper south. When they reached the deep south things changed. In Anniston, Alabama one bus was met by an angry mob of whites. The bus was stoned and the tires were slashed. The driver managed to get the away, but when he stopped to change tires the bus was firebombed.

The second bus was met by an angry mob in Birmingham and the Riders were severely beaten.

Despite the violence other riders joined in and the Freedom Rides continued. More than 300 Riders were arrested and many spent that summer in southern jails.

The Freedom Riders never made it to New Orleans, which was their goal, but they did get the attention of President Kennedy and forced his administration to take a stand on civil rights. The Freedom Rides also led to a ruling by the Interstate Commerce Commission (ICC) that outlawed segregation in interstate bus travel. The ICC ruling took effect in September 1961 and was more specific than the Supreme Court ruling.